STEM Opportunity for parents of students in Charlotte, NC area

We are excited to announce the 2019 Charlotte InfraGard CyberCamp is now accepting applications.

The 6th Annual Charlotte InfraGard CyberCamp is a week-long summer camp for STEM-focused High School students (rising 9-12th graders).  This year’s camp is being held the week of June 24-28, 2019 at the Microsoft Campus adjacent to the FBI Charlotte Headquarters building.

By engaging students’ technical skills and aptitudes for information technology and security, CyberCamp is designed to be a launch pad for students to identify their future career path in science, technology, engineering, math, and cybersecurity. Students may be eligible for future internships, references, and other career benefits.

The deadline to apply is March 1, 2019 so act now.  While the fee is $200 (lunch and snacks included), scholarship opportunities are available for those who qualify.

Hope to see you there! 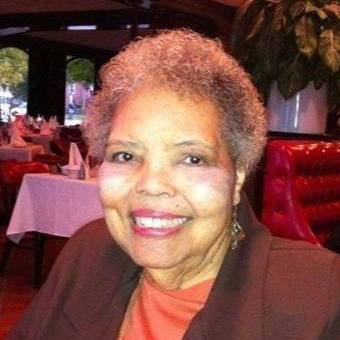 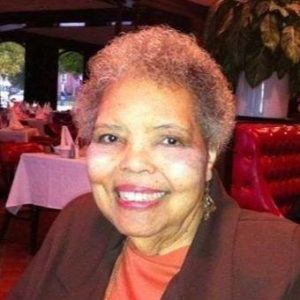 Margaret Oliver lived a life filled with love, overflowing in joy, and of great faithfulness to her Lord Jesus Christ for all of her 83 years. She went to be with her Lord and Savior Jesus Christ on 26 December 2018. Margaret was generous to a fault, gracious to everyone, and effervescent in her sense of humor. Margaret served her country with pride, both in uniform and as a civil servant. She was devoted to her son, family, friends, and coworkers. Hers was a life very well lived.
Margaret Joyner Moore was born in Farmville, North Carolina (Pitt County) on 29 October 1935 to James Herbert Joyner and Arthelia Moore. Margaret was raised in a home where faith in God, hard work, patriotism to country, and education were revered. From an early age, Margaret began to write speeches and poems that were well appreciated by many. Margaret won awards for her speeches and poems from the American Legion Post in Farmville, NC, and she was the Valedictorian of H.B. Suggs High School (formerly Farmville Colored School).
Upon graduation, Margaret moved to Washington DC to live with her favorite Aunt, Vestal Moore Askew, or “Auntie”, as we knew her. Growing up in North Carolina, Margaret always loved coming to Washington DC and claimed it as her city early in her life. Soon after coming to Washington DC, Margaret decided to join the Women’s Army Corps (WAC) and served as a Private First Class (T). All of her brothers served in World War II, and her cousin, Virginia, had also been a WAC. After serving her enlistment as a Postal Clerk, Margaret returned to Washington DC, where she attended Howard University, majoring in English. Margaret always excelled in her studies. Because of Margaret’s beauty and her grace, she quickly caught the eye of an upper classman at Howard, Gerald Mischal Harris. They were married for two years, then divorced. She later met Robert Lee Oliver, to whom she was married for 11 years.
Margaret went to work for the United States Postal Service on a temporary assignment in 1956, which led to a career that lasted over 31 years. Working for the Postal Service was in her blood, as her grandfather, John Spurgeon Moore, had been appointed Postmaster of Beaufort, North Carolina on September 5th, 1892 by the then Postmaster General, John Wanamaker. Margaret rose quickly in her career through her diligent work and fast study of personnel and labor relations issues to become a well-respected expert in the Postal Service’s Labor Relations Department, Grievance and Arbitration Division. Margaret also represented the Postal Service management in arbitrating labor relations, overseeing the National Rural Carriers’ contract, working with its labor management personnel.
After retirement, Margaret returned to her love of writing and published six books of poetry. She wanted to be the “Norman Rockwell” of poets by writing poems that were easy to understand and meaningful to readers. Margaret read her poems at many venues over the years, and her poetry was always highly praised. Frequently, her poems could be found in the Southwester, a local newspaper of Southwest, Washington DC, and she read her works at Arena Stage, a theatre and arts venue in Southwest Washington, DC. When she was not writing poetry, Margaret could be found enjoying time with her friends, especially the ladies of the “P-9 Club”, with whom she played pinochle for decades.
Always a woman of faith, Margaret attended many churches over the years, and she became a proud member of Garden Memorial Presbyterian Church. She was also a faithful supporter of many charities, including her favorite, So Others Might Eat (SOME). Margaret never turned away any family member or person in need. She did her very best to live a life according to God’s will and the teachings of the Holy Bible.
Margaret is survived by her son Sinclair and his wife Cora; her sisters Mary Elizabeth, Barbara Ann; her “adopted brother”, Charles and his wife Delores; loving nieces Paula and Gwen; and nephew Maryland Carmel and his wife Tammy.
A celebration of the life Margaret’s life will be held at the Fort Myer Chapel, located at Joint Base Fort Myer – Henderson Hall in Arlington, VA on Friday, January 11th, 2019. A viewing will be held from 11:00 am to noon. Services will follow, beginning at noon. On Saturday, January 12th, 2019, 11:00 am, a private burial service will be held at National Harmony Memorial Park, located at 7101 Sherriff Road, Hyattsville, Maryland.
In lieu of flowers, the family invites you to make donations to Margaret’s favorite charity So Others Might Eat (SOME). https://www.some.org/give/donate-now#!
Next Entries »