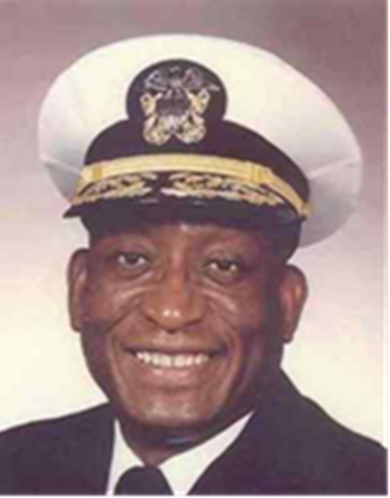 Captain Leon Hill was an active member of the Tidewater Chapter up until his passing. He was a former President of the Camp Lejeune Chapter NNOA in the early ’80s. He attended Warrant Officer Basic Course 1-80 Quantico, VA March-June 1980.   He was promoted to CWO-2, commissioned a 1stLT (LDO) and eventually promoted to Capt (LDO). He was a Food Service Officer in the US Marine Corps and was involved in many community activities during his career including The Young Marines; First Baptist Church Jacksonville, NC; First Baptist Church South Hill Chesapeake, VA; the Cub Scouts and Boy Scouts in the Hampton Roads/Tidewater VA area where he served as the Cubmaster, Pack 934 until his death.  Leon had a Master’s Degree and was just about to complete his PhD.

Lily Ann Thompson July 25, 1923 – Oct. 31, 2016 Resident of Oakland Lily Ann Thompson passed away on Monday, Oct. 31, 2016 at Kaiser Hospital Oakland following a brief illness. She was born in Oakland, California on July 25, 1923. She was the oldest of three children born to Ethel and Emile Aubert. She married Hadwick A Thompson on October 6, 1943 at St Columba Catholic Church in Berkeley. They raised three children, Hadwick C, Michele and Emile. Lily worked for the Dept. of Defense for over 42 years.

She spent forty of these years at the Oakland Naval Hospital first as a Medical Records Technician and later as the Quality Assurance Officer until her retirement. She returned as a Red Cross volunteer and served as chief of station until the hospital was closed. During her tenure her husband would be hospitalized there during WWII and later her son, Hadwick during the Vietnam War. After her retirement, she and her husband enjoyed traveling from Europe to the Orient and various locations in the US. They were both very active in the Oakland Chinatown Lions, National Naval Officers Association, Pearl Harbor Survivors, and Navy League. She was an active member of the Children’s Hospital Cacao Branch and served as chairperson for over 15 years.

Lily was one of the last 2 surviving members of the “Mighty Few”. a social club founded in her teens. She loved life and her family and enjoyed being with her family and friends, volunteering, traveling and dancing. She never hesitated when it came to pitching in to help and always had a smile while doing it. Lily is survived by her children, Hadwick, Michele and Emile, her grandsons, Troy and Eric, her great granddaughter. Kaya Leilani and a host of nieces, nephews, cousins and friends. She was preceded in death by her husband, Hadwick A, her parents, Ethel and Emile Aubert, her sister Josephine Moise and infant brother, Emile. In the great circle of life Lily was born at the Fabiola Hospital which was later acquired as the Kaiser Oakland Hospital where she passed away. She remains a light in our hearts and memories. Services will be held at St Paschal Baylon Catholic Church at 3700 Dorisa Ave in Oakland at 11:00 AM with grave side services immediately following at Holy Sepulchre Cemetery, 26320 Mission Blvd, Hayward, CA. Repass will follow in St Paschal’s Parish Hall. C. P. Bannon Mortuary (510) 632-1011 –