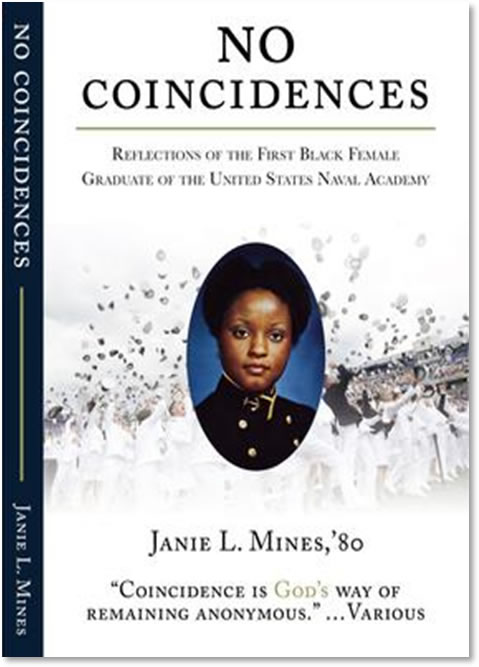 In celebration of Black History Month the Washington DC Chapter of the National Naval Officers Association cordially invites you to a presentation by Ms. Janie L. Mines.  Janie Mines is the First African American Female to attend and graduate from the United States Naval Academy.

Please come out and hear this informative and relevant discussion of Ms. Mines experience as one of the first female students and the first and only African American female student in her graduating class and her experiences serving in the United States Navy as an active duty Navy Supply Officer.  The date, time and location for this big event is February 19,  2019, at 1830 at the Navy League Headquarters Building in Arlington, Virginia.

Note, this event is free of charge and light refreshments will be provided.  Please feel free to contact CAPT (Ret) Jerome D. Davis, SC, USN at cell number: 301-758-8253 or email address: jddavis14@aol.com if you have questions or need directions to the Navy League Headquarters Building..  (Attached is a copy of Janie Mines Bio)

We would love to have you and family members join us in celebrating this wonderful event in honor of Black History Month! 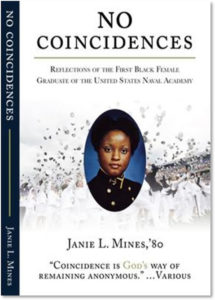 Janie entered and graduated from the United States Naval Academy, as the only African American female in the first class of women.  She was later selected to participate in the prestigious Sloan Fellows Program, where she earned an MBA from MIT.

During her rewarding military career, she served as a Supply Corps Officer holding several positions including a tour at the Naval Training Center, the Pentagon and aboard the USS Emory S. Land (AS-39).  She was among the first generation of women officers to serve on ships.

Janie held management and executive positions in P&G, Frito-Lay, Hershey, and Bank of America. She served as the Sr. Advisor, Business Process, Senior Executive Service (HQE-SES) in the Office of the Secretary of the Navy. She continues her service as a member of the SECDEF’s Defense Advisory Committee on Women in the Services (DACOWITS).

Janie currently manages her own businesses as an author / publisher and as an executive management consultant focusing on Strategic Planning, Project & Change Management, Quality and Productivity, & Business Transformation. She is a Six Sigma Master Black Belt, a PMP & Prosci certified Change Manager.  She has provided services across 15 industries.

Janie is also a National Women of Color in Business Award Winner.  She founded a non-profit organization, Boyz to Men Club, Inc, was honored as an Olympic Torch bearer, the Civic Volunteer of the Year, a winner of the 9 Who Care Award for the Charlotte Metropolitan Area, and a South Carolina Black History Honoree.

Janie has served as a member of the Rotary Club International, the Board of Directors of the Founders Federal Credit Union, and the Board of the Springs Close Foundation

Janie is president of Custom Messages Inc & Common Cents Business Services Inc.  She is the author of No Coincidences – Reflections of the First Black Female Graduate of the United States Naval Academy available at Nocoincidencesbook.com.

Jacksonville Chapter – Diversity and the US Navy Forum 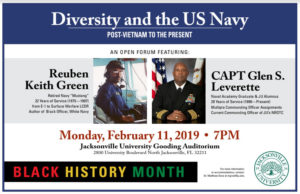 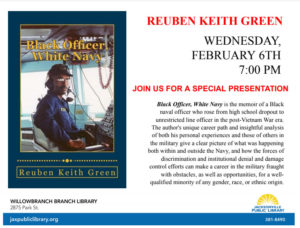 Marine Corps Col. Melvin G. Carter has been nominated for appointment to the rank of Brigadier General. 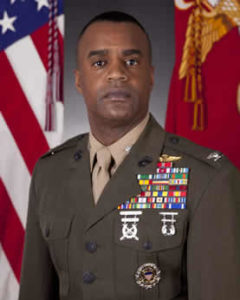 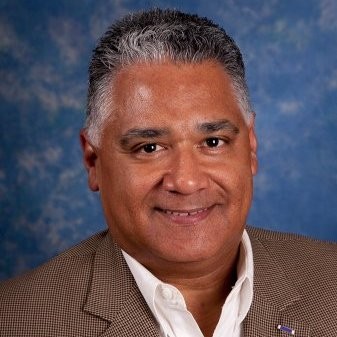 Notice:  Funeral service for Retired USCG Commander Al Bernard, CDR Al Bernard (ret.).
CDR Bernard was a Coast Guard cutterman, exceptional leader, and active mentor who retired in 2000.  I recall him for his exceptional professionalism and magnetic personality.
CDR Bernard passed away before the New Year. His funeral is next week at Arlington National Cemetery where he will be buried.
Chris Soto reported that “Al was my uncle, a mentor, and the biggest influence on me to join the service. Al didn’t want many people to know he was sick, including our family, until he was near the end. Despite his stubborn-ness, I am sure Al (looking down) would love to have colleagues and friends present.”
I’m confident that Al’s wife, Ann, would appreciate it as well.
Here are the details:
When: January, 31st @ 9am
Where: Arlington National Cemetery
(Arrive at the Administration Building at the Cemetery before 9 and instructions will be given from there)
Best Regards,
Manson
Manson K. Brown
VADM, USCG Ret. 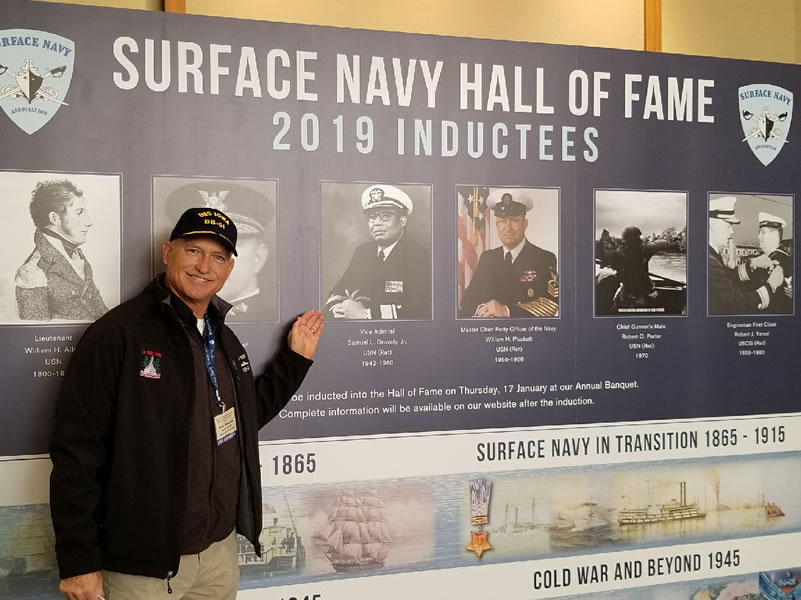 “On Thursday, January 17th, 2019 Vice Admiral Samuel Gravely was inducted into the Surface Navy Association (SNA) Hall of Fame.  CAPT Alysa Ambrose, a former USS GRAVELY Commanding Officer, was primarily responsible for VADM Gravely being recognized.  The event was attended by over a thousand people of all ranks and many from industry including Admiral Phil Davidson, Commander Indo-Pacific Command.   Mrs. Gravely attended the event and was in great spirits. Mrs. Gravely was surrounded by many family members, the Principals of Gravely Elementary School located in Haymarket VA, and many, many admirers. As the event closed, there was a very long line of people who came by the table to greet and chat with Mrs Gravely. 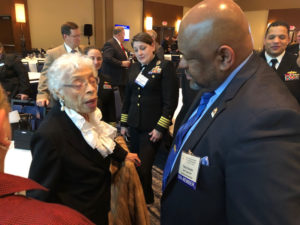 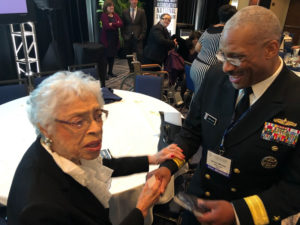 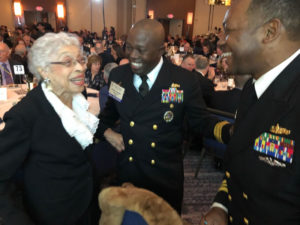 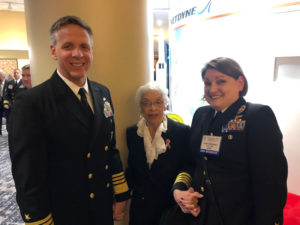 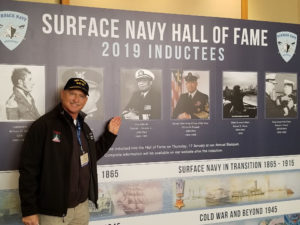