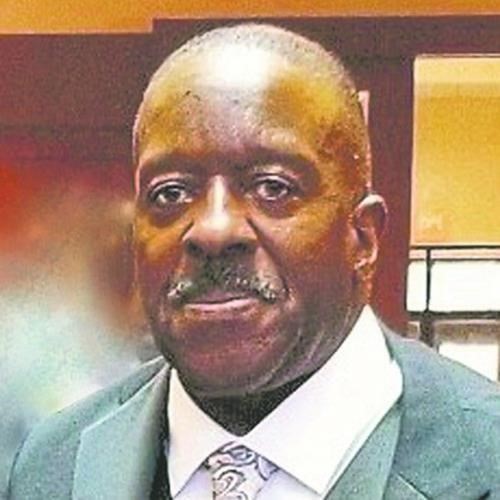 It is with great sadness that I announce the sudden and unexpected passing of LTCol Larry Hicks, USA on 26 February 2022. Colonel Hicks was the husband of Captain Lynne Hicks, USN

Burial at Arlington Cemetery to be determined at a later date. 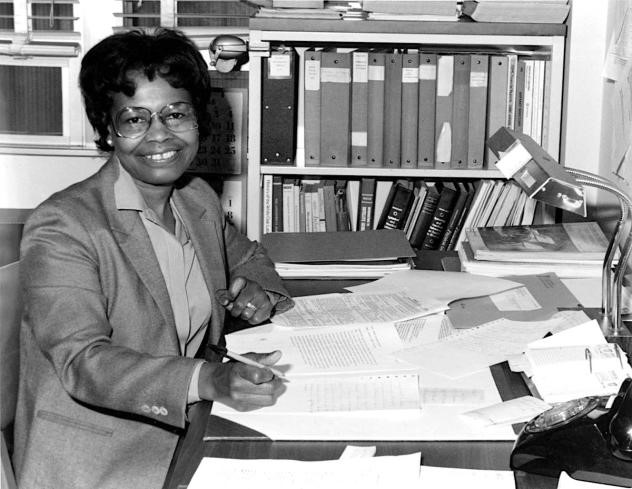 Millions of people around the world rely on GPS technology every day to navigate roadways, the sky and the oceans. What was once relegated to large paper maps, or sometimes multiple small maps, now works seamlessly on tiny smartphones or navigation devices at the touch of a finger.

And the development of that technology is thanks in large part to the intellect of one trailblazing woman.

Global Positioning System (GPS) was developed and originally used for military purposes, but these days the technology is used in ways that few could have predicted decades ago, including one of the developers herself, innovator and pioneer, Dr. Gladys Mae West.

Growing up south of Richmond, Virginia, in Dinwiddie County, West was motivated by living in conditions she knew she didn’t want to create for herself in the future.

“We made our living by having a farm. I told myself I did not like being out in the sun working sunrise to sunset and all that, so I made good grades in all of my subjects,” West told the U.S. Navy in an interview.

West recalled growing up as a young African American girl and attending a separate school from the “white school” and riding on separate buses.

“Many times we would get the old hand-me-down things from white schools; books that weren’t new like their books were, but all of that helped to make us, I think, work harder because you know you are behind the eight ball to start with so you had to work harder,” West said.

Once it was time for West to attend college, she was told that she would be successful in majoring in math since she did well in all subjects. She listened to the advice and majored in math.

“I was always motivated by doing something new and completing something, having a goal,” West said. “I tend to think for myself, [I’m a] little impatient with others who don’t think the way I do.”

West applied for jobs in the U.S. government and landed a job in 1956 working at the Naval Proving Ground in Dahlgren, Virginia, as a mathematician and programmer.

When West was hired at Dahlgren, she was “the second Black woman hired at the base and one of only four Black employees.” One of the other African American employees was Ira West, a mathematician whom she eventually married.

“I met my husband there too. I remember the first day I came to work, I didn’t know anything as exciting. And we had three children, three,” West said in an interview with the Navy.

At the beginning of her career, West worked as a mathematician that verified tables, calculating everything by hand. Eventually, a computer was installed and she took the role of being its programmer.

“That was the biggest computer in the Navy at the time that they installed, so that was exciting because it was so fast and you could code much larger programs,” West recalled.

“At the same time that we were coming to work here they were also bringing in a large computer and they brought in these mathematicians to learn to work this computer. We hadn’t had any computer teaching or knowledge, so we had to master this job that they wanted us to do. So we had to learn how to program and code for this big computer,” West said.

The results of the work she did eventually led to the creation of GPS.

“My part in the global positioning system would be working more with over the water,” West said. “A lot goes into the scientific computation to generate an orbit which is a database used in GPS. So the different people who did civilian applications learned to use the database that we generated and that was the foundation that GPS was built on.”

West worked on verifying satellites’ exact location by looking at data that was transmitted through computer software that processed geoid heights, or precise surface elevations.

“We started working with satellite data a lot because there are different stations, satellite stations placed all around the world and they would get data in and we would have to code algorithms to sort of verify the data that we were receiving, and then I worked some with geoid Heis because they were trying to measure exactly where the satellite was and where things were and so I did- geoid Heis had to do with the undulations in the water and so fine-tuning, it was fine-tuning that measurement, that distance from the satellite,” West said.

In a 2011 interview West said, “I feel like I made a real good contribution to the accuracy of the Global Positioning System.”

Five months after retirement, West suffered a stroke that impaired her hearing and vision, balance and use of her right side, according to The Free Lance-Star, a Virginia-based newspaper.

“All of a sudden, these words came into my head: ‘You can’t stay in the bed, you’ve got to get up from here and get your Ph.D.’,” West told The Free Lance-Star in an interview at the time.

The health problems did little to slow her down. Later that year, WTLV-TV reported, West earned her Ph.D. at Virginia Tech at the age of 88. Also around the same time, she was inducted into the Air Force Space and Missile Hall of Fame, one of the federal organization’s highest honors. 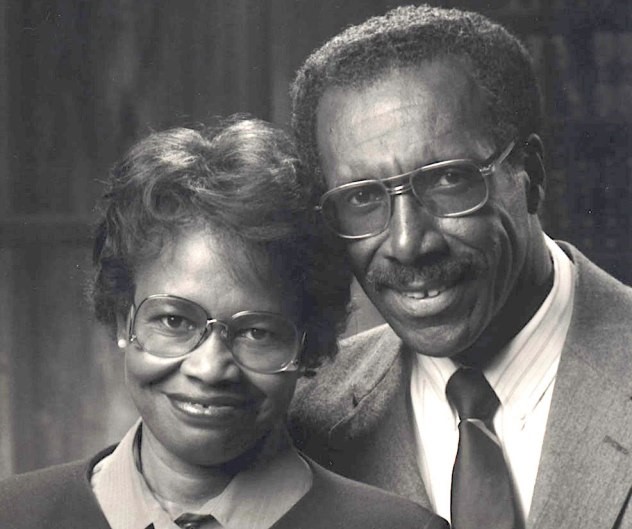 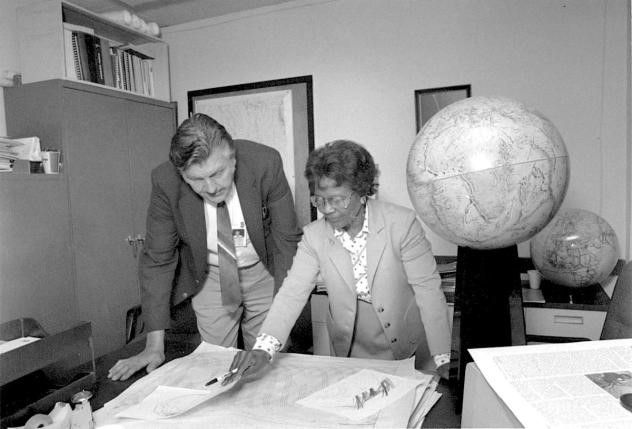 As the Department of Defense commemorates International Women’s Day and Women’s History Month, we are reflecting on progress we have made towards gender equity and equality at home and abroad, and celebrating the invaluable expertise of women throughout DoD.

We are excited to celebrate Women’s History Month as our National Naval Officers Association acknowledge, honor, and reflect on the contributions of women to leadership in the Sea Services. This year’s theme is “Women Providing Healing – Promoting Hope.” This theme is “both a tribute to the ongoing work of caregivers and frontline workers during this ongoing pandemic and also a recognition of the thousands of ways that women of all cultures have provided both healing and hope throughout history.”

Lest we forget the work of Susie Taylor King – Susie King Taylor – Wikipedia –  who is well known (or should be) for her service during the Civil War.  Our NNOA

legendary role model and hero CAPT Sandi Pollard – CAPT Sandi Pollard, USN (Ret) – NNOA Visionary and Life Member – 2019 | NNOA who served as a role model to me and so many others in NNOA, women have always played a critical and leading role in taking care of our shipmates and giving our families hope.  From the first Army nurse Anna May Hayes – Anna Mae Hays – Wikipedia – who served in a mud-caked jungle hospital during WWII to the LCDR  Mildred McAfee – Mildred H. McAfee – Wikipedia – who became the director of the WAVES in 1942, women in the armed forces have been providing hope and healing to our military service members in times of war and peace. Women continue to serve in roles that provide healing and promote hope from doctors, nurses, chaplains, and counselors.

The National Naval Officers Association are looking forward to the various programs and events provided by the local chapters. Please share your events on our website: nnoa.org to continue to inspire future generations of excellence. 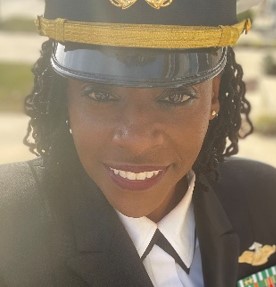 We have the shoulders of giants to stand on, such as Rosa Parks, RADM Grace Murray Hopper…March 2022

Queen Esther is one of the many women who sacrificed, spoke truth to power, and made a difference in the male-dominated world during biblical times. Her Uncle Mordica challenged Queen Esther to save her people when their lives were threatened by self-serving Hamen. Hamen wanted to lead the royal court and be revered by the King by any means necessary. However, he had one problem standing in his way, which was Mordica. The only way to get rid of Mordica was to get rid of all the Jews. Fortunately, Mordica finds out about a plan that Hamen had created to present to the King that called for the complete decimation of all Jews, including Queen Esther.

The closest person to the King is the Queen. So, Mordica goes to Queen Esther and asks her to speak to the King to save herself and her people. However, the Queen is not feeling this because it means she could very well lose her life speaking on such matters. After much coercing and prayerful thought, she agrees to talk with the King. She provides specific directions to Mordica, which she concludes, “and if I perish, I perish.” However, she did not perish. She saved her people. Hamen was held accountable for his egregious actions. She proves to be a woman of much strength and courage.

Women have made significant contributions to our history and our military. In honor of  Women’s history month, I pray women continue to lead, speak truth to power, and mentor tomorrow’s leaders. We have the shoulders of giants to stand on, such as Rosa Parks, RADM Grace Murray Hopper, LTJG Harriet Ida Pickett, Ms. Olivia J. Hooker, LT Vivian McFadden, and Ms. Annie M. Grahams. Because of them, we have VADM Michelle Howard, Brigadier General Lorna Mahlock, RADM Lillian Fishburn, Vice President Kamala Harris, and many more. So let us stand firm and allow our voices and visions to be heard and seen.