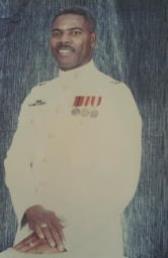 Captain Leon Hill was an active member of the Tidewater Chapter up until his passing. He was a former President of the Camp Lejeune Chapter NNOA in the early ’80s. He attended Warrant Officer Basic Course 1-80 Quantico, VA March-June 1980.   He was promoted to CWO-2, commissioned a 1stLT (LDO) and eventually promoted to Capt (LDO). He was a Food Service Officer in the US Marine Corps and was involved in many community activities during his career including The Young Marines; First Baptist Church Jacksonville, NC; First Baptist Church South Hill Chesapeake, VA; the Cub Scouts and Boy Scouts in the Hampton Roads/Tidewater VA area where he served as the Cubmaster, Pack 934 until his death.  Leon had a Master’s Degree and was just about to complete his PhD.