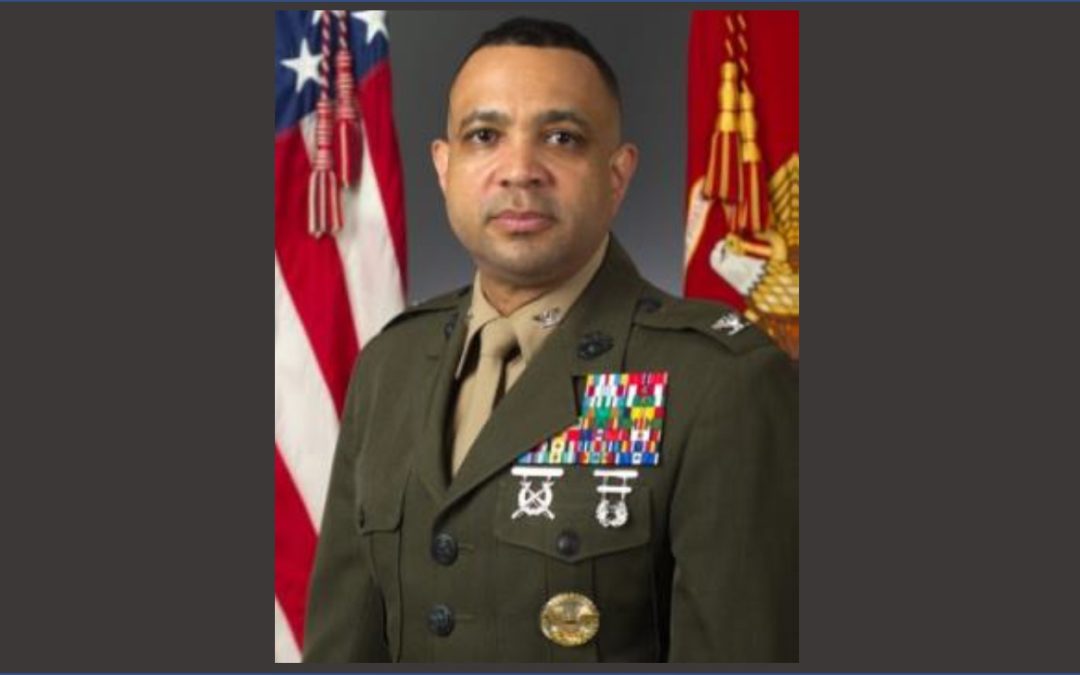 I am humbled and excited to provide reflections to the members of the NNOA. NNOA has been a part of my career, since I was 2ndLt. Philosophy is defined as “the synthesis of all learning; any system of motivating concepts or principles; the system of values by which one lives; a basic theory, a viewpoint.” The follow reflections is an expression of meaningful principles of leadership and command that guide my thoughts and actions.

Integrity is a firm adherence to a moral or ethical code.  A Marine or Sailor is either honest or he is not – there is no gray area here.  The foundation of decentralized command is trust, the assured reliance on the character, ability, strength, or truth of a fellow Marine or Sailor.

The British Royal Marines define cheerfulness as the ability to have a sparkle in your eye and a spring in your step during the most difficult of circumstances. We might sum up cheerfulness as having a positive mental attitude, the ability no matter how bad it gets to see the “glass as half full instead of half empty.” Cheerful Marines crack a joke and maintain a positive outlook that inspires their fellow Marines to endure and persevere, vice complaining about things they cannot change.  Always be positive – it is infectious and dramatically improves unit performance and combat power.

Family is the single most important influence in a person’s life.  Marriage and family are perhaps society’s oldest and most resilient institutions.  From the beginning of human life, people have grouped themselves into families to find emotional, physical, and communal support. Family structures may vary, but the value of our family endures.  Families are the basic, foundational social units in all human communities around the world, and healthy individuals within healthy families are at the core of a healthy society.

Warfighting Mindset:  We should never lose sight of the fact that we are training for combat and, eventually, for the lives that will be entrusted to us all. Warfighting is an inherently intellectual endeavor; therefore intellectual curiosity is required! In war, our mind is our most valuable weapon and therefore must be exercised frequently like our body to withstand the stress of combat.

Focus. We must never lose sight of the fact that we are training for combat and you will be entrusted with the lives of fellow Marines and Sailors. Espirit de Corps and the warrior spirit will be cultivated in every Marine and Sailor, daily.

Character is the foundation from which all decisions should be made. Everything that you do will be based on sound moral high ground. Integrity is the cornerstone of a Marine’s character. Never compromise or breech your integrity; there is no such thing as situational ethics. Low standards breed lower standards. Your word as a warrior, Marine or Sailor is sacred and should be safeguarded.

Teacher-Mentor-Coach. As Warriors, we must prepare and train the Warriors of tomorrow. Every Marine is a teacher and a student. It is the responsibility of every leader to mentor and respect those in their charge. Active and genuine concern for the personal and professional development of every Marine and Sailor, regardless of rank, is the responsibility and duty of the unit leadership.

Accountability and Responsibility. As leaders, we will assume responsibility for all successes and failures of the unit. Remember, the motto “YOU OWN IT”.

Teamwork. We all bring something to the team and together the team is unstoppable. The whole team must be more than the sum of its parts. A good team encourages and helps individuals member to grow and thrive, regardless of gender, color, religion, beliefs or branch of service.

Humility and Respect. While pride is part of being a Marine or Sailor, we need to remind ourselves that we entered the military to SERVE. Humility serves the critical function of connecting us to one another and allowing us to trust in each other’s abilities, especially when it makes us realize the limits of our own abilities. Take pride in yourself and the unit. Traditions and history matter. Marines and Sailors throughout have sacrificed much of our legacy, we owe it to them to honor their memories and maintain the standard. Always, remember it’s never about you!

Communication reduces friction, minimizes mistakes and produces a learning environment. Keep your seniors, peers and juniors informed. Ask questions when information doesn’t flow. Whenever you can explain why (intent) things need to be done, not just what and when. Never hold onto bad news. Don’t be the senior Marine and Sailor with a secret.

Thinking is your metric.

Don’t be a one-trick pony. Breakout of your comfort zone.

Spot or identify the Say-Do Gap and fix it.

Try not to use yourself as the example.

What got you here, doesn’t get you there.

Do not reward selfishness.

Don’t admire the problem, solve the problem.  Staff energy can be wasted by a toxic blend of unit-centric self-interest and “not-my-job” syndrome.  Symptoms include spending more time resisting tasks, than doing tasks; finger pointing at higher, adjacent, and subordinate headquarters, and lethargic execution of assigned duties.

How you see the problem, can be the problem. Recognize, understand and compensate for personal biases and pre-conceived outcomes during planning or advice.  During the planning process encourage opposing viewpoints and professional discourse of your work by those that think 180 degrees out from you and your planning team. This helps reduce the possibility of “group think” and falling in love with your plan.

Innovation. There is a saying that I admire – “Repetition does not establish validity.” Never be afraid to innovate and try new things.  If the only reason we are doing something is because, “that’s the way we have always done it”, then we may want to take a hard look at that activity.

Be Proactive and Aggressive. We should always avoid taking no for an answer. There is usually more than one way to get a job done; if a door closes, look for a window (legally).  When you go back to your commander and say something cannot be done, the commander will assume you have done everything possible to make it happen and will defend that position vigorously.  We will all look foolish if it turns out that we did not do our homework and there really was a way to accomplish the task that we should have reasonably foreseen.

Colonel Everly is a native of Inglewood, California. He graduated from the University of Southern California with a BS in Business Administration. After graduating from The Basic School and the US Army Field Artillery Officer Basic Course with honors, he reported for duty as a Forward Observer with 3rd Battalion, 10th Marines, Camp Lejeune, NC.

In late 1998, 1stLt Everly reported to the 26th Marine Expeditionary Unit (MEU) for duty as the Target Information Officer. 1stLt Everly deployed aboard the USS Kearsarge (LHD-3) to the Mediterranean Sea. He participated in OPERATIONS NOBLE ANVIL and SHINING HOPE in Albania, combat operations during OPERATION JOINT GUARDIAN in Kosovo and OPERATION AVID RESPONSE providing humanitarian assistance to the people of Western Turkey. Upon returning from the Mediterranean Sea in the fall of 1999, Captain Everly received orders to The Basic School, Quantico, VA.

While assigned to The Basic School, Captain Everly served as the Primary Fire Support Instructor, Staff Platoon Commander (SPC) for Companies D, F, and B, and as the Officer-in-Charge of the US Naval Academy Leatherneck Program. After completing his TBS tour, Captain Everly reported to the US Army Field Artillery School in Ft Sill, OK for the Field Artillery Captains Career Course (FACCC).

In 2002, he graduated from the Army FACCC with honors and reported to1st Battalion, 12th Marines in Kaneohe, HI. He served as the Assistant Operations Officer, Operations Officer and Battery Commander. As the Commanding Officer, Battery B, Captain Everly deployed his unit to OPERATION ENDURING FREEDOM Philippines/ Thailand in support of security/ counter-insurgency operations and Okinawa, Japan, in support of the Unit Deployment Program (UDP) assigned to 3d Battalion, 12th Marines
In 2005, Capt Everly deployed to OPERATION IRAQI FREEDOM in support of US Central Command. Captain Everly was assigned to the Joint Inter-Agency Task Force for Former Regime Elements as the Deputy J3 Operations Officer. Completing his tour in Iraq, Major Everly was assigned to the Expeditionary Warfare School in Quantico, VA for duty as a Faculty Advisor and Expeditionary Operations Instructor.

ubsequently, he was re-assigned to serve as the Junior Military Assistant to the Secretary of Defense. In 2016, LtCol Everly was ordered to HQMC, Manpower Management Division as the Ground LtCol Assignment Monitor and he subsequently assumed the duties of the Ground Colonel Assignment Monitor. Colonel Everly commanded The Basic School (TBS) from June 2018 to July 2020. He has joined HQ, II MEF for duty as the AC/S G-5.