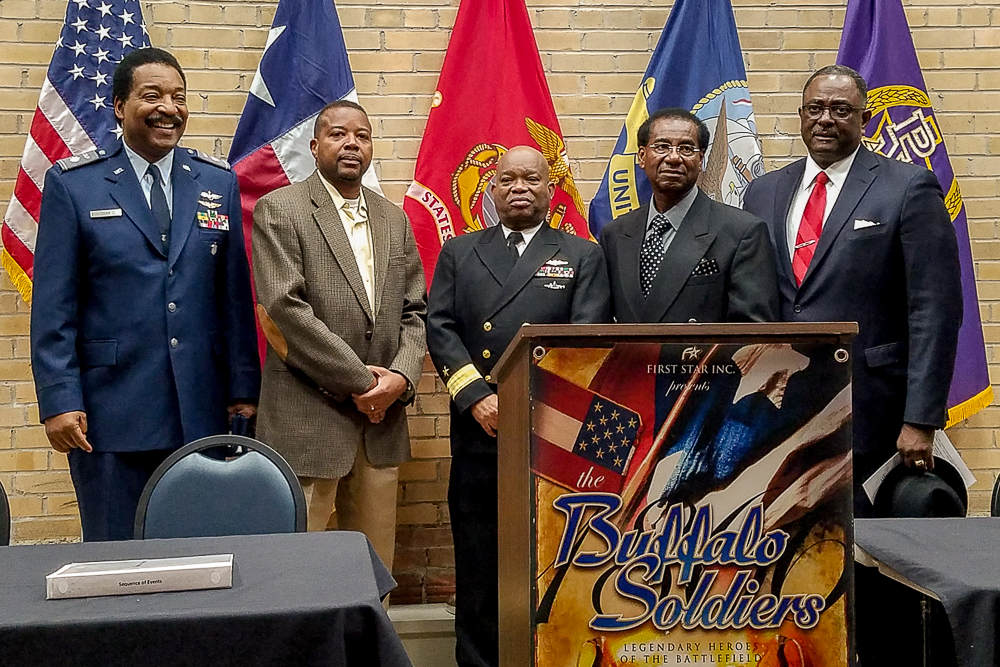 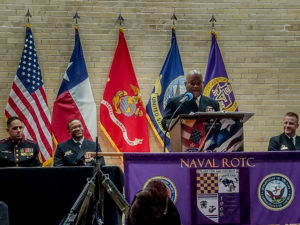 NROTC unit at a predominantly Negro university. The first class began in September, 1968. To date, more than 300 Navy and Marine Corps Officers have been commissioned.

More than 75 people attended the event. 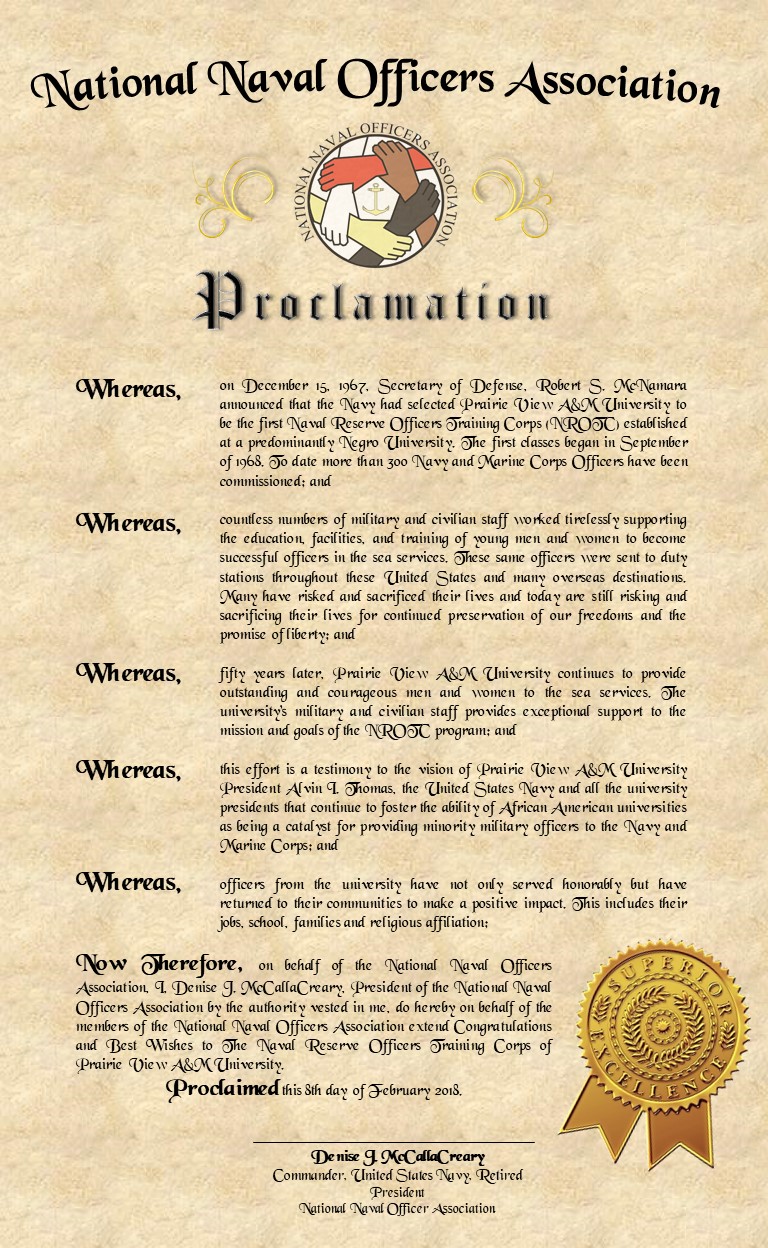