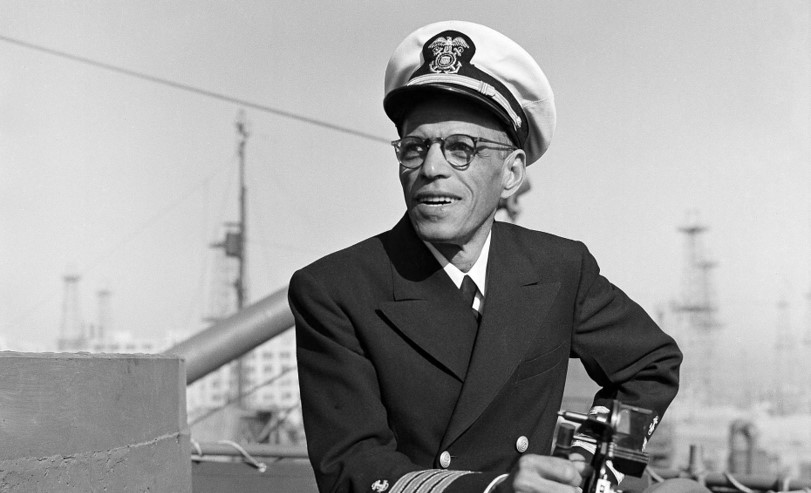 When the United States entered World War II in December 1941, it faced a shortage of merchant mariners. With supplies in desperate needs overseas a massive sealift would require not only a huge fleet of cargo ships, but the seafarers to sail them. This opened the door a bit to black mariners for a range of shipboard jobs. One of the most dramatic stories of this era involved shipmaster Hugh Mulzac.

Born in the British West Indies in 1886, Mulzac went to sea after high school, sailing on British vessels. He later attended the Nautical School in Swansea, in the United Kingdom, earning a mate’s license. He sailed as a ship’s officer in World War I, and came to the United States, becoming a citizen in 1918.

By 1920, Mulzac passed the examination as a U.S. shipmaster, but there were no shipboard berths available to a black captain. Although he held a master’s license, which qualified him to be a ship’s captain, he worked for the next 20 years mostly in the steward’s department of various shipping lines. This was the only shipboard work he could find, and he became an expert in food service management.