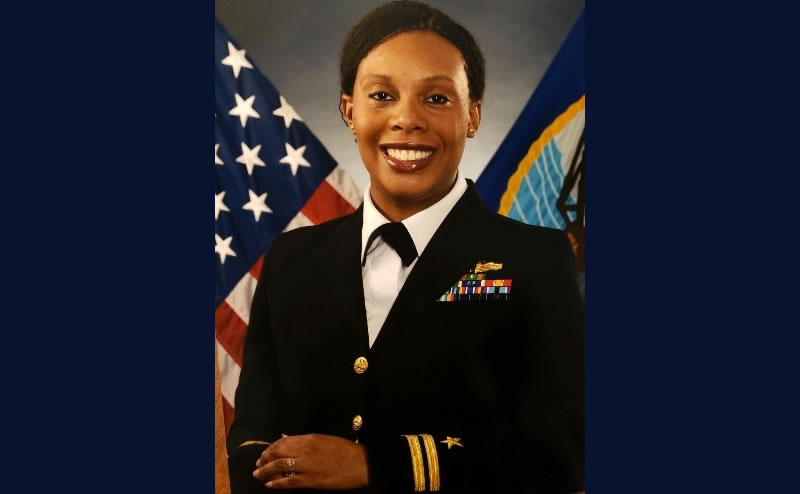 LT Williams qualified as a Surface Warfare Officer on USS James E. Williams (DDG 95) during her first sea tour. While on board, she deployed twice to the Arabian Gulf and Indian Ocean in 2012 and 2014 in support of the Global War on Terrorism as the Main Propulsion Division Officer. She then transferred to Mayport, FL and served on USS Iwo Jima (LHD 7) as the Main Engines Officer actively participating in Joint Task Force Matthew, humanitarian efforts in Haiti during the aftermath of Hurricane Matthew in 2016.

Ashore, LT Williams serves as the Coordinator for the Secretary of the Navy Tours with Industry program at Navy Personnel Command in Millington, TN. As the SNTWI Coordinator, she facilitates the partnership with corporations that sponsor Navy service members for a year-long fellowship. The SNTWI participants learn best practices from their corporate sponsors and bring innovative ideas to the U.S. Navy. She also serves as the Program Manager for PERS-443 Talent Management Division. As the Program Manager, she drafts approval packages for the funding of Navy sponsored registrations at annual symposiums for the following affinity groups: Academy Women, National Naval Officer Association (NNOA), Sea Service Leadership Association (SSLA), and Association of Naval Service Officers (ANSO).

She transferred to the Human Resources Community in 2017. She will report for her first Human Resources assignment in 2019 at U.S. Fleet Cyber Command in Fort Meade, MD.

Her decorations include the Navy and Marine Corps Commendation Medal, Navy and Marine Corps Achievement Medal (two awards), various unit and campaign awards. She is a national member of the Society of Human Resource Management (SHRM) and the National Naval Officers Association (NNOA). She resides in TN with her husband, LT Tremayne Williams and daughter.