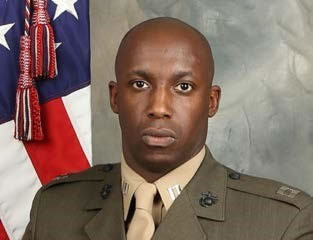 Captain Brimm served as a Supply Chief, Assistant Non-Lethal Weapons Instructor and Marine Corps Martial Arts Instructor at SOTG from 2006 to 2009, being meritoriously promoted twice.
He was then transferred to 2d Marine Logistics Group, Combat Logistics Regiment 27. During his time with Combat Logistics Regiment 27, he served as Platoon Sergeant, Supply Chief and Supply Admin Chief from 2009 to 2010. He was then selected for the Marine Corps Enlisted Commissioning Education Program (MECEP) and began studying at Fordham University, while attached to State University of New York Maritime College Naval Reserve Officer Training Corps.

Captain Brimm graduated The Basic School in 2013, followed by Supply School in 2014. He then checked into 1st Combat Engineer Battalion (CEB) in February 2015 to serve as the Battalion Supply Officer. During his time with 1st CEB, he supported three MEU rotations and revamped the internal controls and training program. He also provided Supply Support for the first ever Engineer Marine Corps Combat Readiness Evaluation which was dispersed across three geographical locations and two states.

In December 2016, Captain Brimm reported to 5th Marine Regiment to serve as the Regimental Supply Officer. Shortly after checking in, he was selected to serve as the Command Element Supply Officer for the Special Purpose Marine Air Ground Task Force. He was the action officer for the Mine Resistant Ambush Protected vehicle modernization program. He also served as the action Officer for Operation “Fighting Weight” which resulted in a 10 percent Marine Air Ground Total Force (MAGTF) reduction in principal end items to optimize the Commander’s Equipment Density List. He improved the SPMAGTF-CR-CC 16.2’s overall Supply System Readiness (SSRI) by 40 percent. This involved planning, supervising and executing the retrograde of $2 Million in gear from three Central Command (CENTCOM) countries supported by the SPMAGTF back to I MEF.

In March 2017, Captain Brimm reported to 1st Light Armored Reconnaissance Battalion from 5th
Marine Regiment. Since his arrival to 1st LAR Bn. Captain Brimm managed the budget execution of the battalion as well as an additional $1.5 million in funds excess to day to day budget of $2.2 million with no errors. He developed, staffed and implemented Battalion SL-3 policy in order to improve combat readiness and accountability, resulting in savings of over $300,000. The efforts of his Marines have contributed to an average maintenance readiness of 92%, the highest of the 23 Battalions in the Division. During this time he also served as a membership director and then chapter president of the Camp Pendleton/Miramar chapter.

Capt Brimm reported to The Basic School, Quantico VA in August of 2018 to serve as a Warfighting Instructor. His current duties include teaching student Lieutenants Warfighting, with an emphasis on ethics, combat life-saving and the foundations of Officership. He also currently serves as the scholarship chair for the Quantico NNOA chapter.