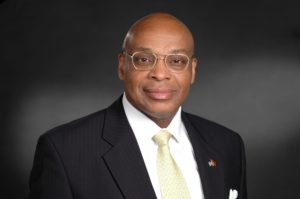 John Thomas currently serves as a strategic business advisor to the IBM Corporation, as well as an independent information services and technology consultant.  Prior to his current role, he served as an Account Executive for multiple accounts to include the US Marine Corps, Joint Commands, and Defense Agencies in IBM Global Business Services.  Other positions held in IBM included Delivery Executive for Application Innovation Services, and a program executive for DOD’s Business Management Modernization Program. He joined IBM in February 2005.

Before joining IBM, he served in the United States Marine Corps for 32 years. In his last active duty assignment, he served as the Marine Corps’ Chief Information Officer (CIO) and Director for Command, Control, Communications, and Computers (C4).

A native of Winston-Salem, North Carolina, he enrolled in the Marine Corps Platoon Leaders Class in January 1971 and was commissioned a Second Lieutenant in May 1973 from Appalachian State University.  He completed the Basic School and the Basic Communication Officers Course at Quantico, Virginia in August 1974.

John Thomas is a graduate of Appalachian State University with a Bachelor of Science Degree in Education.  He holds a Master in Business Administration from Prairie View A&M University, and a Master of Science in National Security & Strategic Studies from the Naval War College.